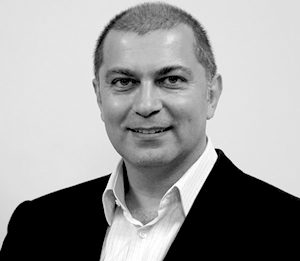 Invenda Corporation, formerly E-centives, was started in the basement of Kamran’s house in 1996 with the idea of creating an anonymous profile management system and a rewards wallet for consumers and an e-marketing campaign management system for marketers trying to reach those consumers. This system went live in late 1998 and was made accessible to consumers via portals such as Excite@Home, ZDNet, and iVillage. By 2000, approximately 12 million consumer profiles were under management.

Kamran led the company through 3 private rounds of private financing, an IPO on the Swiss Stock Exchange and a secondary offering. He completed 3 acquisitions, including the Commerce Division of Inktomi, BrightStreet and ConsumerReview between 2000 and 2002.

With the downturn of the advertising market in early 2000, he aggressively reduced expenses, negotiating out of several multi-million dollar obligations, and repositioned the company by integrating its technological base into a best of breed Web based consumer relationship marketing solution under the brand Collabrys. Clients such as Reckitt Benckiser and Colgate Palmolive became long term clients.

In April 2010 Kamran sold the E-centives and Collabrys business units of Invenda to Catalina Marketing Corporation. He's now focused on growing the company’s Consumer Review media business under well-known brands such MTBR.com (the largest mountain biking site in the U.S.) and RoadbikeReview.com.

Prior to Invenda, Kamran ran the US operations of a small Japanese software developer for 6 years. During this time, his group introduced many innovative products in the computer multi-media industry, which were licensed to a variety of US and Japanese companies. Kamran started his career as software engineer at Hewlett-Packard where he received a patent on the very first project he developed there. He received his Bachelor’s degree in both Computer Science and Economics from UC Santa Cruz. 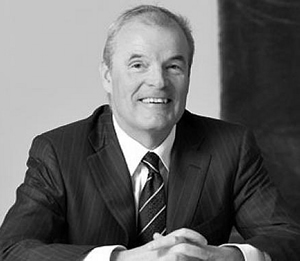 Peter Friedli is a Director and co-founder of Invenda Corporation. Since 1986, he has been a principal of the investment-banking firm Friedli Corporate Finance, Inc., a leading Swiss venture capital firm. Mr. Friedli has extensive experience as an independent investment manager in venture capital and has specialized in investments domiciled in the United States in the areas of biotechnology and technology.

Previously, he worked in the field of international management consulting for service and industrial companies in Europe and the United States. Mr. Friedli is also the Chairman & co-founder of Osiris Therapeutics, Inc., a publicly traded biotech firm. He also serves as a director in certain private companies.